The Eleanor Mann School of nursing at the University of Arkansas took 15 nursing students to Study Abroad in Bolgatanga, Ghana in Summer 2017. Working at a small village clinic where they discovered that anemia is very common and sometimes leads to blood transfusions, but more commonly, death. A new team has returned this Summer 2018 to teach about iron rich foods and to do testing of hemoglobin.

The nursing students of the program focused the testing on women of child bearing age and after reading current research data on anemia in Ghana, they developed a teaching program about anemia, provided nutrition education on local foods that were high in iron and protein, and also did a small research project on women's perceptions of anemia in women and children.

The team were grateful for the donation of the DiaSpect Tm analyzer by EKF Diagnostics and the very valuable case for travel and storage.  As they were not sure the instrument would have made it without the protective transport case. The nursing students participating in the Study Abroad program provided nutritional information to new mothers, pregnant women and some women of child-bearing age at two clinics in Bolgatanga, Ghana. They managed to do a total of 395 tests with a 50% rate of tests below the normal values.  It further supports the hypothesis that lack of iron rich foods and high protein foods need to be included in their diets.  The educational program focused on which local foods were iron rich or high protein and why it is important to include them.

EKF contribution to their project reinforced the education and women were so impressed that they could actually get their blood checked.  The women who worked at the two sites and also student nurses wanted to be tested as well. It was a very successful program.

They were kind enough to send a few pictures with students and the two clinics they worked at. 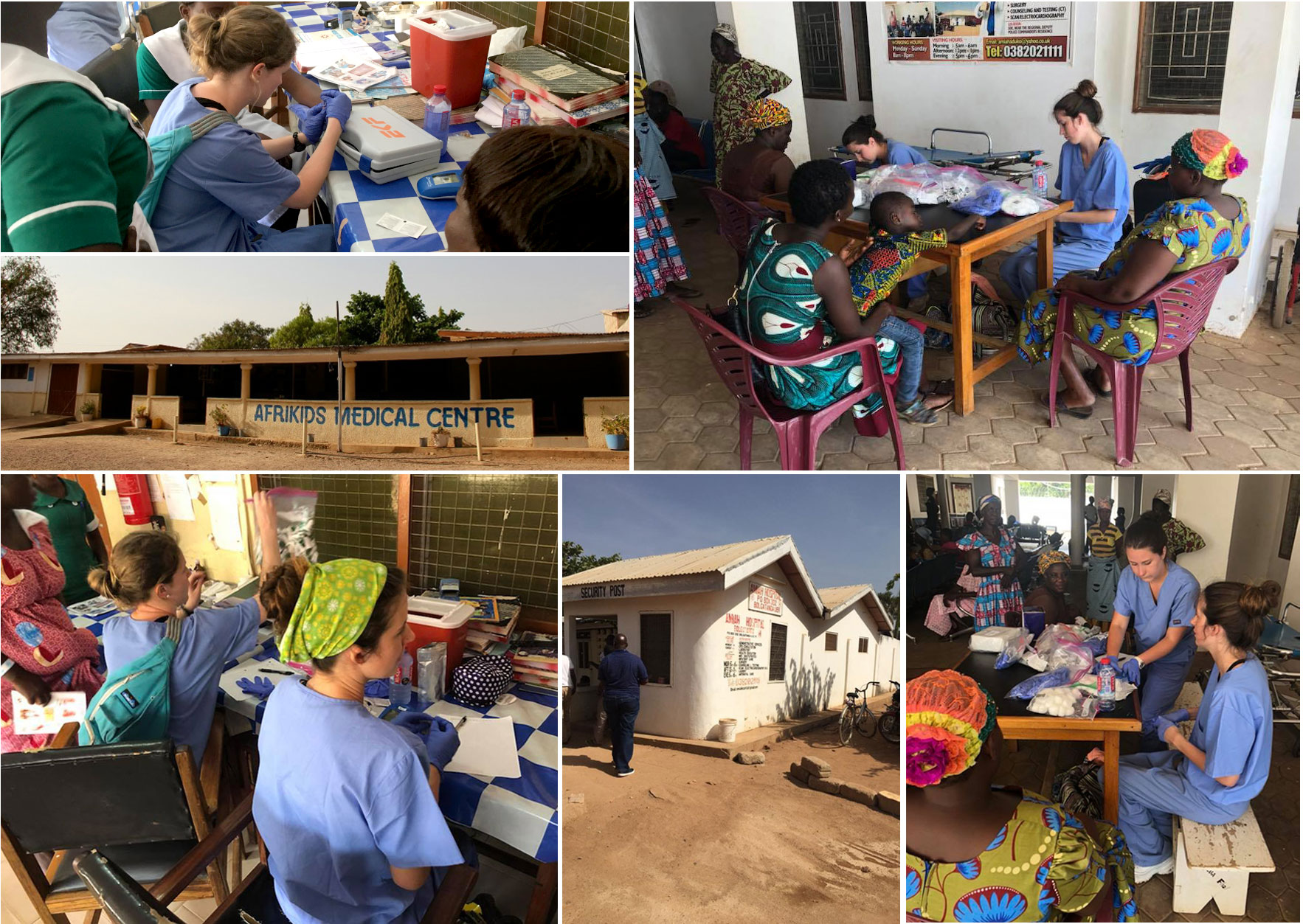